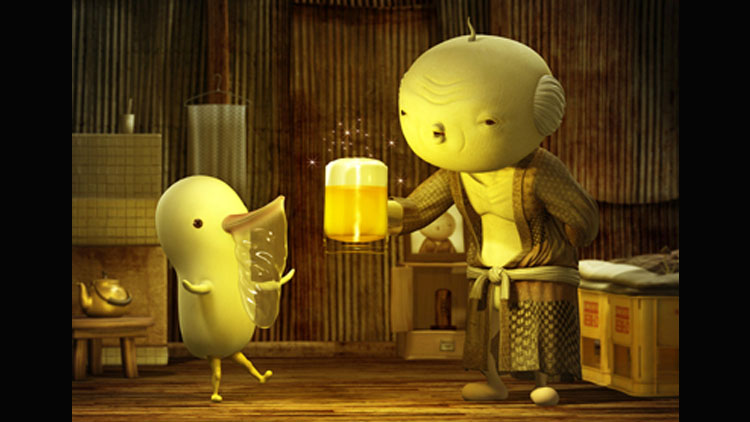 【Title】Pelican Draft Beer【Director and Original Draft, Character Design】Tomohisa Ishikawa【Format】7 minutes, No. of episodes: one (Potential to be continued on as a series.)

【Story】Little Peli left the Sea of Beer with many of his friends.He keeps walking while out of the corner of his eye he sees his friends arriving at their destinationsone after another and enjoying swigs of the beer that they had carried.At last, walking by himself on the road under the burning sun for so long,he gets an impulse to drink the beer?